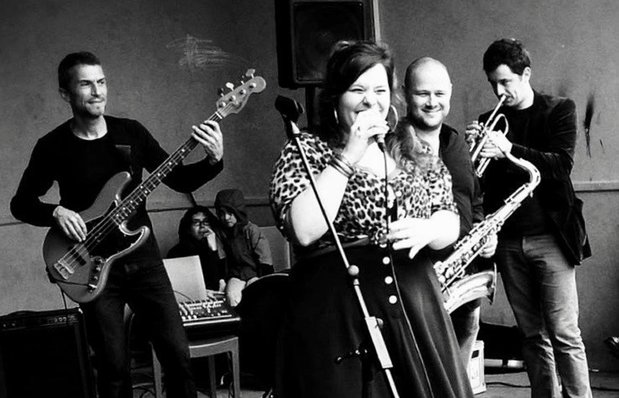 Mariana Tootsie is a charismatic singer that combines an immense talent with a generous live presence. She has sung on stages worldwide and worked with major international stars. After singing "Farewell" on the soundtrack to The Hunger Games film, Mariana wanted to pay tribute to the amazing American soul, R'n'B, blues, jazz and gospel singer Etta James. Mariana showcases Etta's songs from the 50s through to the 70s, ranging from "I Just Wanna Make Love To You" and "At Last" through to "Something's Got a Hold On Me". Mariana will be playing with Jérôme Van den Bril on guitar, Vincent Bruyninckx on piano and keyboards, Laurent Doumont on sax and backing vocals, Barry Mc Neese on bass and Bilou Doneux on drums and backing vocals.
Doors open 8.00 pm, concerts starts 9.15pm
Excellent Italian food available, together with a wide range of beers and wines
BRBC returns on February 15 2020 with George Shovlin and the Radars, plus Jive.
You can keep in touch with events via the Brbc website: http://www.brbc.be/, the Brbc Facebook group, the Facebook Fan Page and Twitter @BrusselsRnB
BRBC concert videos: http://www.brbc.be/concertvideos.html